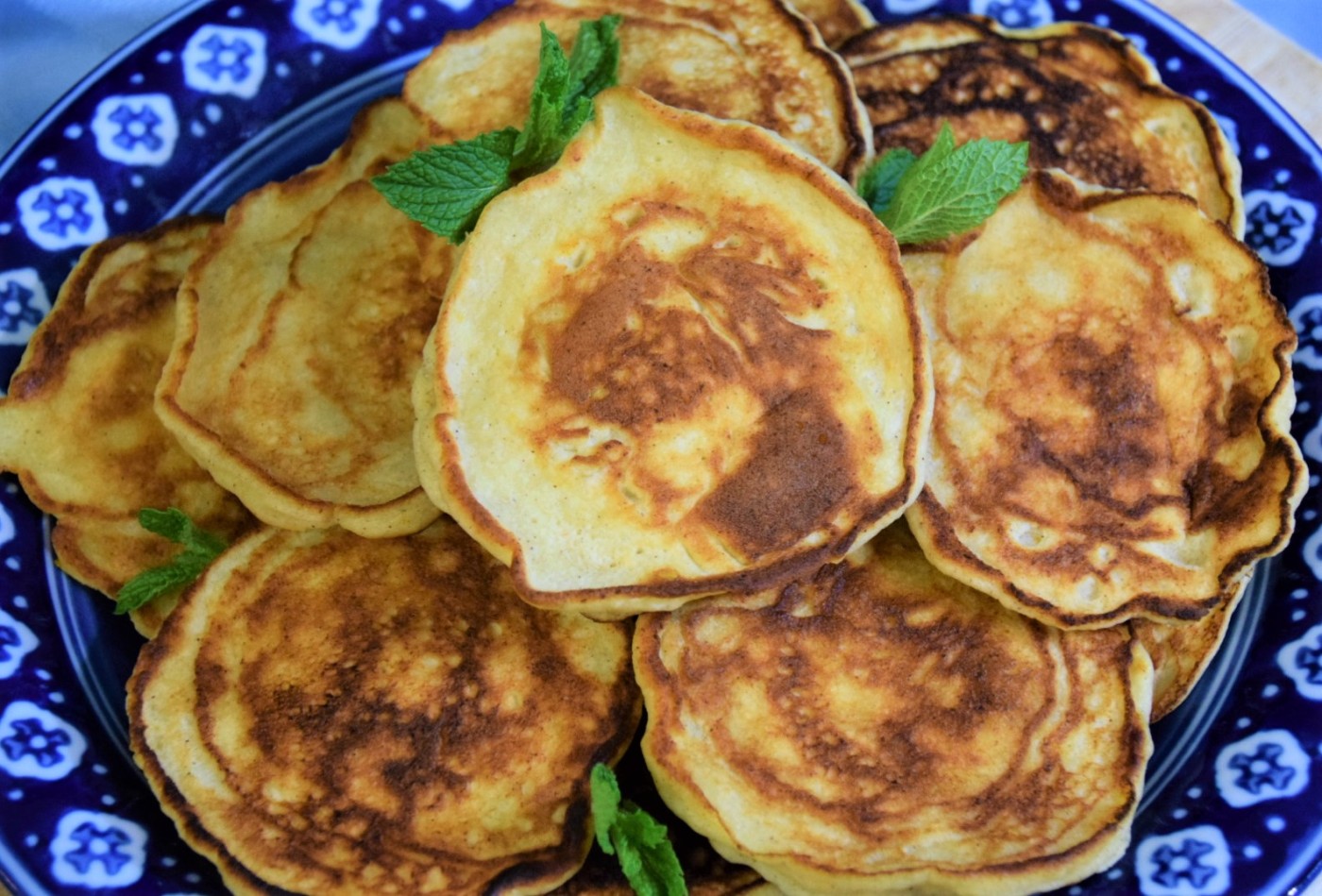 Disclaimer: I’m not affiliated with any specific products mentioned in this post, I just happen to really like them!

Judith was a beautiful widow and her city was under assault from Assyrian forces. She and her maid went to Holofernes, the leader of the Assyrians, and she treated him to salty cheese and wine. When he passed out from drinking so much alcohol, Judith and her maid cut off Holofernes’s head and the Israelites attacked the leaderless invading army. The Israelites won.

Cristofano Allori, Judith with the Head of Holofernes (1613), or as I call it, “Judith Unbothered.”

But what about latkes? Thanks to Judith’s story, many European Jews ate dairy for Hanukkah. After Spanish invaders expelled Jews from Sicily in 1492, Jewish Sicilians brought their ricotta cheese pancakes to northern Italy—where they were called cassola in Rome, and continue to be eaten as a Christmas dessert by non-Jewish Italians.

These cassola-inspired cheese latkes have historic inspiration with modern American Ashkenazi Jewish taste. Ricotta, a dairy product made from leftover whey created by cheese production, is still the base. While modern cassole cook more like cheesecakes or frittatas, these latkes are more like American pancakes: light and fluffy, with the sweet cassola flavors of citrus, spices, and vanilla. I would serve these as a Hanukkah dessert with honey (and maybe some nuts), applesauce, or fruit preserves. My husband suggested these would make an excellent breakfast with maple syrup or cinnamon sugar.

What would you eat with these latkes? Comment below, and if you’d like to choose what I write about next consider joining my Patreon and voting!

A schmear of raspberry jam and these ricotta fritters tread a fine line between dessert and breakfast.

Zest of 1 orange (about 2 tablespoons)